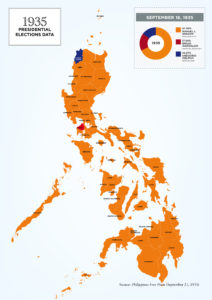 Did you know that the first national elections in the Philippines was held on September 16, 1935?

This was the fourth election since the enactment of the Tydings–McDuffie Act, a law that paved the way for a transitory government, as well as the first nationwide at-large election ever held in the Philippines.

Quezon emerged as the winning candidate for President, getting a percentage of 67.99% of the total votes. (ctto) 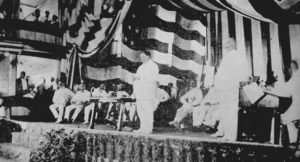 NOTE: No copyright infringement is intended.